I visited Cambodia at the end of October for 2 weeks after leaving Vietnam. I crossed the border from Ho Chi Minh City (Vietnam) into Phnom Penh, the capital of Cambodia. I had met an amazing group of travel buddies, so crossed the border with five new friends.

Cambodia was so different to what I expected, initially entering Phnom Penh I was struck by all the ‘wealth’ I could spot about me, including the many expensive cars and restaurant chains. According to the World Bank, Cambodia has exceeded the Millennium Development Goal poverty target and poverty rates have more than halved from 2004- 2011. However there is still a way to go in protecting Cambodians most vulnerable.

Cambodia also has had a very harrowing history, it is currently under a ‘constitutional monarchy’ and the current non-royal leader has ruled for over 25 years (the longest serving in South East Asia). Those who talk about Cambodia will know it for the famous Angkor Wat temples and the awful genocide that took place under the Khmer Rouge.

Here are some of my highlights from my time in Cambodia –

This beautiful temple complex is the largest religious monument in the world and is easily accessible from Siem Reap. It was originally constructed for the Khmer Empire in the 12th Century and has become the symbol of Cambodia. I went here for sunrise and ended up spending the whole day wandering around this spectacular set of temples (you could easily spend longer here) It cost $20 USD for a 1 day pass (prices are set to go up) but you can also buy 3 day or 7 day passes if you have more time. I went with a group of travellers and we ended up hiring a ‘tuk tuk’ to take us all around for the day. The weather was pretty disappointing, but the temples lived up to there name and were absolutely spectacular. 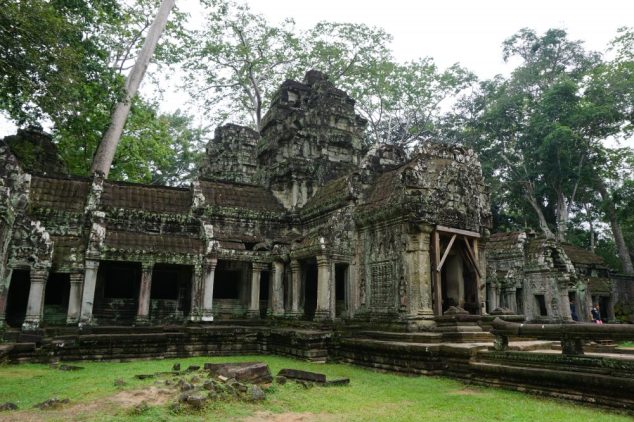 Another of Cambodia’s most historically important sites to visit are based near Phnom Penh. The Killing Fields and Prison S21 are two sites where more than a million people are thought to have been killed and buried by the Khmer Rouge regime. Known as the ‘Cambodian genocide’, it took place between 1975 to 1979, so is still very raw history for many Cambodians. It was a sombre experience to walk about these two sites and take in all that happened to the people of Cambodia during these years, but very important to see and take in. 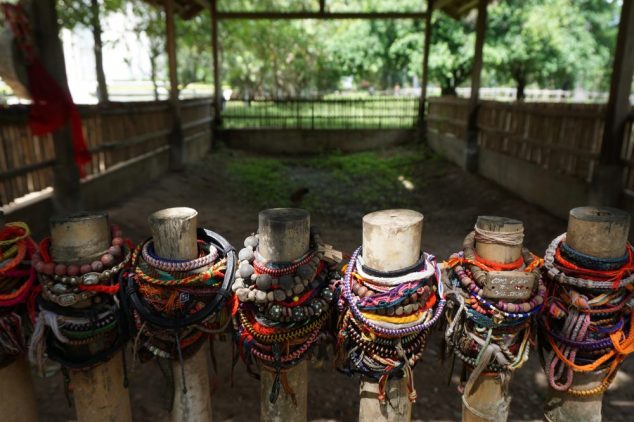 Mass graves at the Killing Fields in Cambodia.

My final highlight (although there were many more) but the one I will mention in my blog is the beautiful island of Koh Rong Sanloem based off the coast of Sihanoukville. It has a sister island Koh Rong close by, but this one is a bit more laid back and secluded. It still doesn’t have an ATM on the island and the hostel we stayed in Mad Monkey was on its own secluded bay without any wifi. It was a beautiful place to spend a few nights, you could see amazing sunsets, swim with bioluminescent plankton under the stars and visit beaches on the other side of the island. P A R A D I S E….

Next stop the Philippines →

3 thoughts on “Kingdom of Cambodia”